Projects I have worked on:

I was in my 2nd year of engineering degree when I had this idea:

Looking back, it was more of an enjoyable betting game on virtual stocks, than something that would teach you much about the stock market. But it was something that introduced me to the joy of building products! 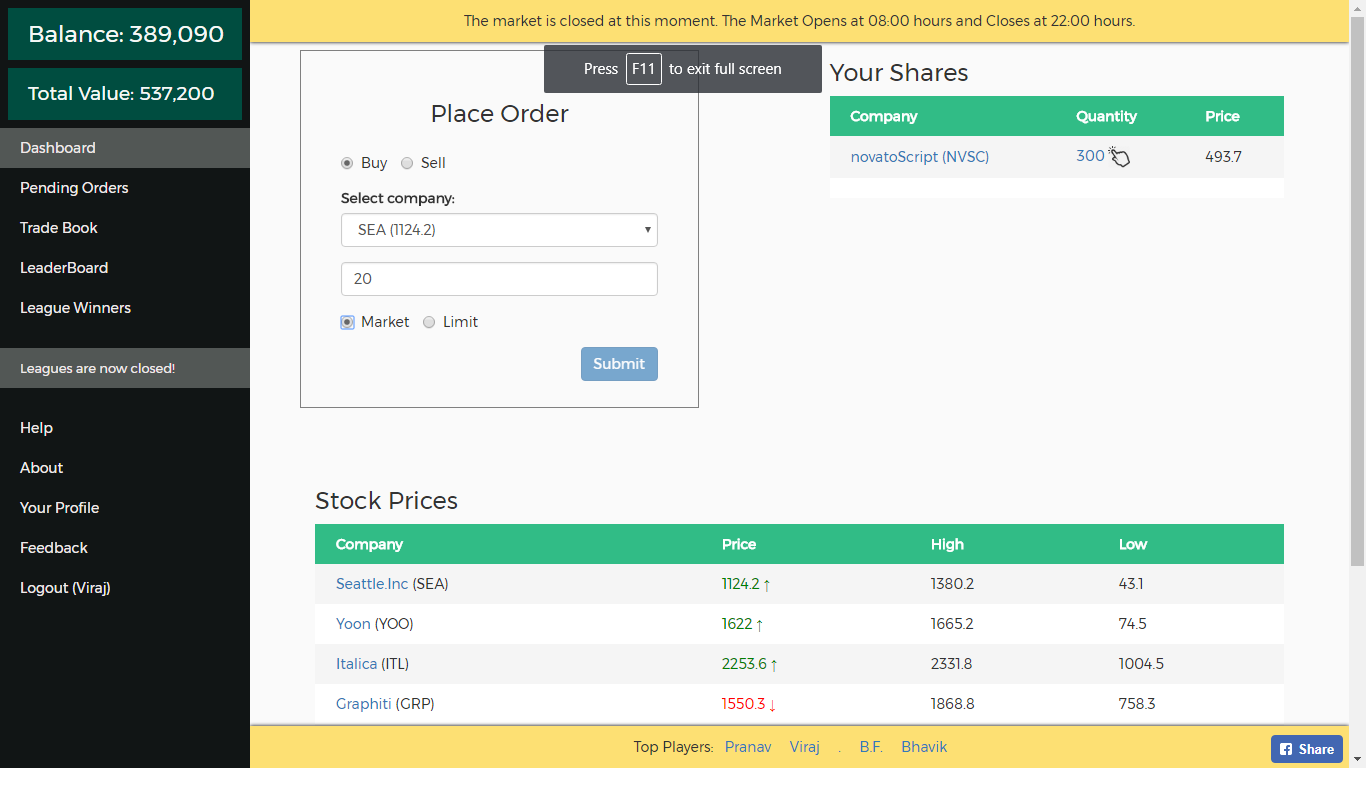 I had already built an app using the LAMP stack before in the project Bookshare. I used the same tech stack again, and tried not to make the same mistakes I had made in the previous one.

These were the features of the app:

These were some stats for the app:

The reason I loved working on this app is how it evolved over time.

Initially I had published a very basic version of it, and marketed it to the students in the college. A few people started using it and gave some feedback. I kept making changes according to the feedback.

The turning point was when I launched the Leader Board system, where people could see the top performing users, along with their own rank. This caught interest in a group of friends who started competing amongst themselves and then it went viral in their class with 100+ people playing it.

But how was the code?

The code was not very maintainable.

Although it was somewhat better than my previous project Bookshare, it was still full of bad practices.

You can find the Github repo here.

For the good parts, it did have some modularity. I did create some classes to follow object oriented design.

But this is why the code was bad:

Like any addictive game, people slowly stopped using it after some time, and I stopped maintaining it. After Hostinger stopped their free service, it went offline.

Learned lots from it. Game of Shares introduced me to the joy of building products!